The best !
Here we have the decline of about twenty years of production at “Chateau de la Fuente”. Unfortunately we will not be able to detail the mixture and enter Carlito’s personal kitchen. He likes to keep his recipes jealously, and we can easily understand why. Like the other Opus X ranges, we know that they are made from 100% tobacco from the family farm. What is different is most certainly its more measured power and its complexity probably unprecedented in the cigar world. This suggests an assembly of (very) old tobaccos! With regard to the microscopic quantity offered annually since 2016, it goes without saying that Carlito has reserved for us here his “cream of the crop”. A proposal from a selection of the best tobacco in the world and a unique trip to the Dominican Republic!

The story of Opus X

Opus X, the rarest cigar in the world, unique cigar, like its history …

Let’s go back to the mid-eighties. Carlos Fuente recognized an area near Santiago that strangely resembled the “pinar del rio” valley, the valley that made Cuban cigars its legend. He had the idea of ​​growing tobacco, but not just tobacco, from cape tobacco! Yes, the cape in Santo Domingo! The whole industry took him for a madman by saying that if there was a way to grow a cape in Santo Domingo, that would be known. Never mind, he persisted in his idea and won his bet. The feat of farming, the tobacco that comes out of Chateau de la Fuente is absolutely unique and enjoys a personality that has nothing to envy to any of the best tobacco in the world. A very unique power and aromatic richness. A taste recognizable among all so many these tobaccos are typified.

But this cigar is not only innovative by its tobacco, its manufacture also is quite unique. This is where Carlito got to play with all his creativity. Indeed, when the vast majority of cigars are made up of 5 tobacco leaves (cape, undercoat and another 3 leaves for tripe), Opus X sometimes has up to 9!

Why will you tell me?

Carlos’s answer is simple: “It’s so that you will be surprised every time you hit a puff. Indeed, each module is composed like a book with its introduction and its chapters. Only the Torcedores did not hear it and refused to make such cigars. Carlito then did not hesitate; to realize his dream, he created a school of torcedores where he taught for 10 months to his recruits the vision that he had cigars. Bet still successful for Carlos and in 1992, the first Opus X came out of the Tabacalera Fuente, thus making the first Dominican Puros (cigar with all the leaves of the same origin). Perfectionist until the end, Carlos chooses to raise them for a period of at least 2 years before export so that the aromas of the different tobaccos blend harmoniously.

But that’s not all, Carlos Fuente is in love with his adopted country, which is, as you know, the Dominican Republic. Many children in this country are single or orphans. Carlito is very sensitive to it and tries to fight against this national scourge. For this, he organizes charity sales with some very rare Opus X modules such as “A” format. Do not hesitate to bid on one of these cigars, if one day you attend one of these sales because you will be sure to help someone who needs it.

What more can we say except that the whole world is tearing them apart, from Bill Clinton to Arnold Schwarzennegger, including Andy Garcia and all the Hollywood jetset. It deserves the full attention of the aficionado that you are because it has one of your best experiences in store for you. We are one of the few stores to be official depositories.

“It’s amazing that after so many premium brands, sub-brands and ranges, we can continue to produce so many different flavors that are all Fuente. If I’ve accomplished anything in my life, it’s is because my father taught me his knowledge.

His memory always inspires me and pushes me to do my best every day. My father will ALWAYS be my hero … I miss you dad! “ 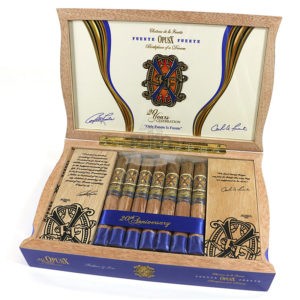 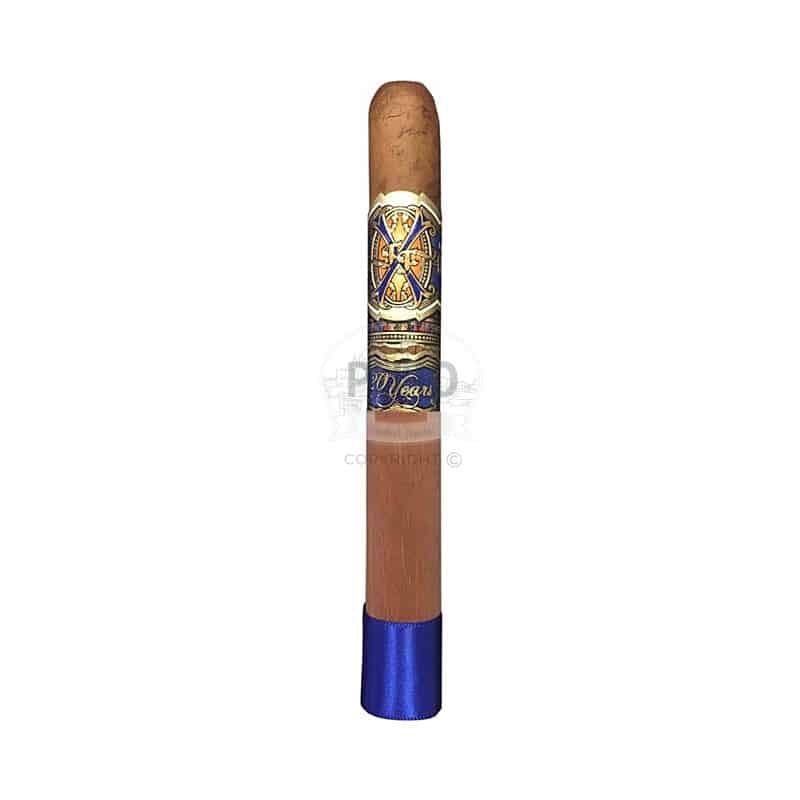 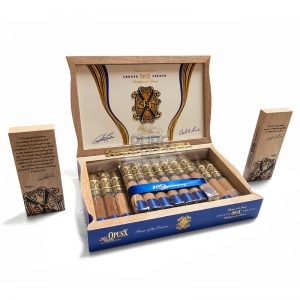 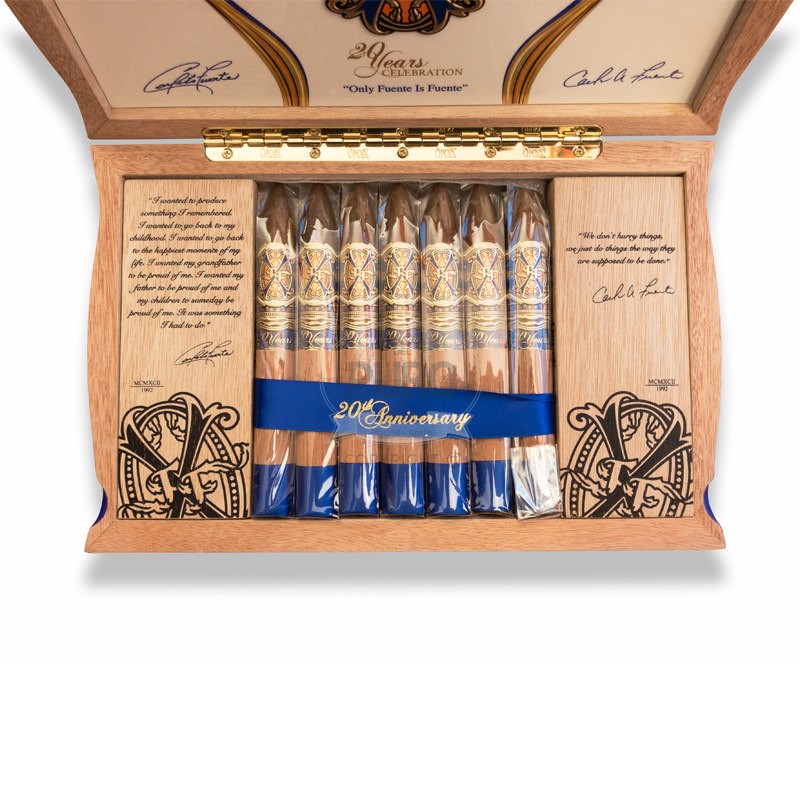 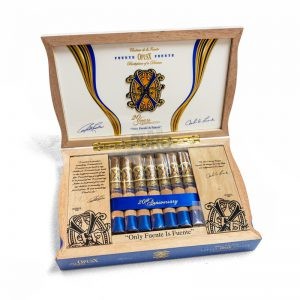 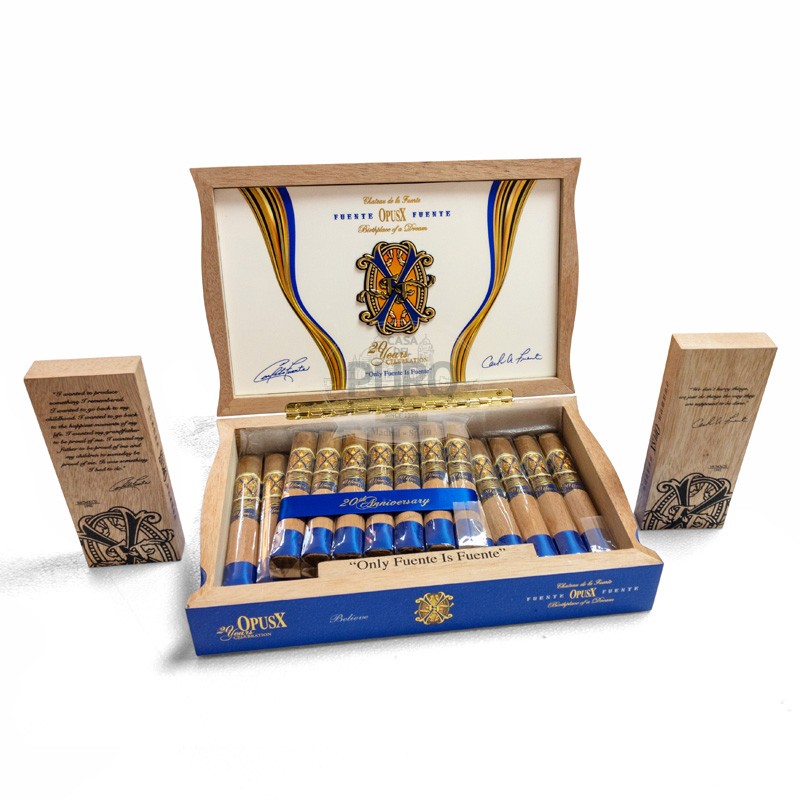